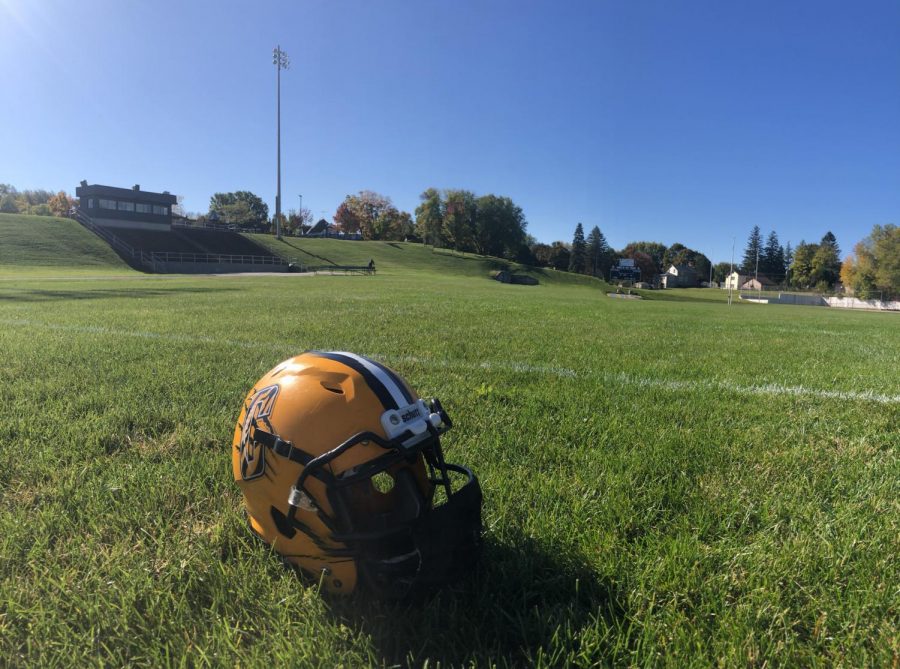 The Friday night lights remained off at Morrissey Field last week as the Tigers’ game against the Brillion Lions was cancelled.

To say that this fall has been a little different from others would be a huge understatement. Virtual meetings, social distancing and, of course, masks are now parts of our everyday lives.

At one point, masks and social distancing were terms that were pretty much non-existent, but are now commonly known by nearly everyone. One part of the new world that not everyone knows about is how this affects high school athletics, specifically football. The sport is almost completely contact-based, so it requires many adjustments to keep players as safe as possible during the pandemic.

Coaches and players are doing everything possible to keep everyone healthy, but even with all of these precautions, the October 9th game against Brillion was cancelled.

The game might be made up in the two weeks after the last scheduled game of the regular season, which is at New Holstein on November 6, and before the playoffs begin, according to Mr. Mike Arendt, the head coach of the football program and a physical education teacher in the district.

This just goes to show that no matter how many precautions are taken during these times, situations like this are simply unavoidable.

Out of the many new rules, the one that seems to be the most scrutinized is the new crowd rule. Now, fans are only allowed in the stands if they have a ticket from the players. Each player is given four tickets to bring family, friends or anyone else important to him. This leads to very quiet crowds and having to choose which family members can come to the games.

Mrs. Kim Schwobe, the mother of junior starting linebacker and offensive lineman Mitchell Schwobe, said, “None of the rules really affect me as a parent. I just trust the coaches to do what is best for the kids.”

Mrs. Maria Halbach, another football parent, agreed that she isn’t really impacted directly by the other rules and has faith in the coaches to keep the players safe while still playing the sport that they love.

“Usually, we have more than ten family members or friends come to the games,” Mrs. Halbach said, “but having to pick and choose is going to be so difficult.”

According to wide receivers coach Mr. Steve Bartel, a CHS technical education teacher, the most impactful rule on the coaching staff is that the team is no longer allowed to be together indoors. This makes it so the players don’t have the ability to watch film together and can only learn new schemes and game plans on the fly.

Mr. Bartel also believes that there are some positives to these protocols. He said that now that so many players are out due to the COVID-19 virus, younger players who probably wouldn’t have played otherwise get valuable experience.

“As much as it may hurt us in the present,” Mr. Bartel said, “it will definitely benefit us in the future.”

There are other regulations needed to keep the players on the field. When players are on the bench for an extended period of time, they have to wear a mask. The football team can’t have drills go longer than ten minutes due to contact tracing, so players don’t get to have nearly as many team reps.

To get to the games, team members now have the ability to get a ride from their parents to try to limit the number of people on the bus, but players cannot drive themselves.

Also, there isn’t access to the locker room before practice or games, requiring players to remember their equipment every day. The locker room is also where the team would normally celebrate wins and build comradery.

“The locker room was a big part of the fun of football,” said senior receiver Marcus Breckheimer. “It’s where we celebrated wins and learned from our losses. It really benefited our team to have that time together.”

The Tiger’s currently have a 1-1 record.

Though we are in some dark times, there are some faint lights in the distance.