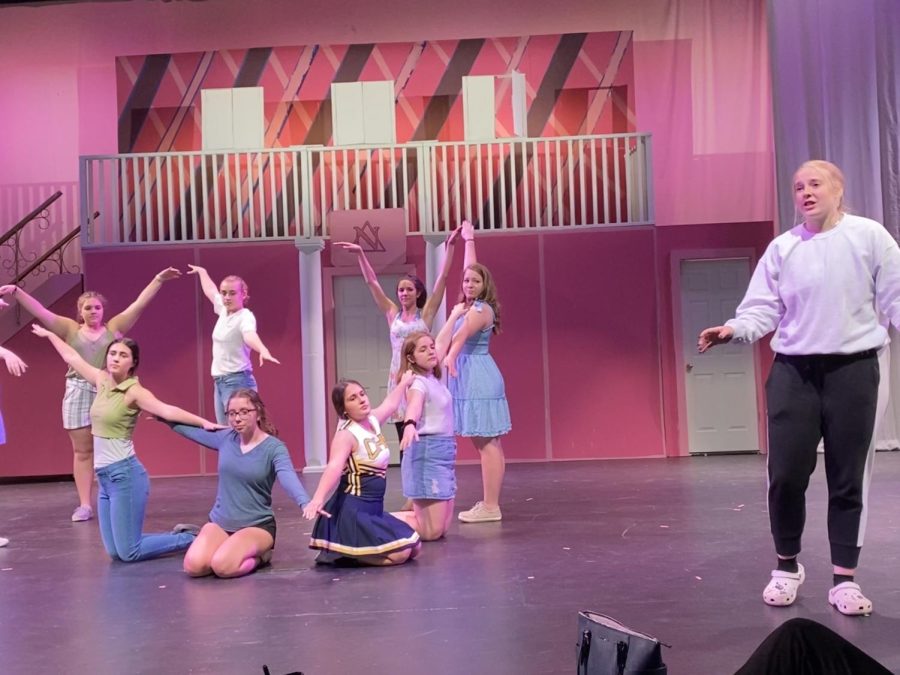 This year, Director Ms. Josephine Annelin, the CHS choir teacher, and others — including Mrs. Charlotte Deehr, who helps direct the musical, and Mr. Sethe Christensen, the choreographer — helped choose the musical “Legally Blonde” as the high school musical performance.

The performances will be November 4, 5 and 6, at 7:00 p.m. and November 7, at 1:00 p.m. More information about the show and how to buy tickets can be found on the Engler Center Facebook page and the Engler Center website (EnglerCenter.com).

The musical “Legally Blonde” is based on the movie “Legally Blonde” about Elle Woods, played by sophomore Pamela Seich, a blonde who wants to marry Warner Huntington III, played by senior Flanagan Brassfield. However, Warner thinks Elle is “too blonde,” stopping him from proposing. Elle then follows her love all the way to Harvard to try to win him back.

When asked why they joined the musical, junior cast member Auggie Knaus said, “I have been doing (the musicals) every year since I was eight years old and love doing them.”

The cast has been working hard since the beginning of the school year and is officially “off-book,” meaning they are done using their scripts.

“As well, the majority of cast members said that they thought it would be fun or that they had done it in the past years and knew that they wanted to do it again,” said senior Sophie Kahlow, who plays hairstylist and Elle’s mentor Paulette Buonofonte.

Ms. Annelin said they decided to do the musical “Legally Blonde” because of the group of students she knew they had.

“We have a strong musical and acting group,” Ms. Annelin said.

She directed her first musical last year during the production of “A Gentleman’s Guide to Love and Murder.” Ms. Annelin decided to direct the musical again this year because she thought that this year it could be much stronger due to what she learned last year.

When asked about her favorite song in “Legally Blonde,” Ms. Annelin had difficulty choosing but, in the end, decided on “Bend and Snap” and “Chip on My Shoulder” because of the choreography and the way the students present them.